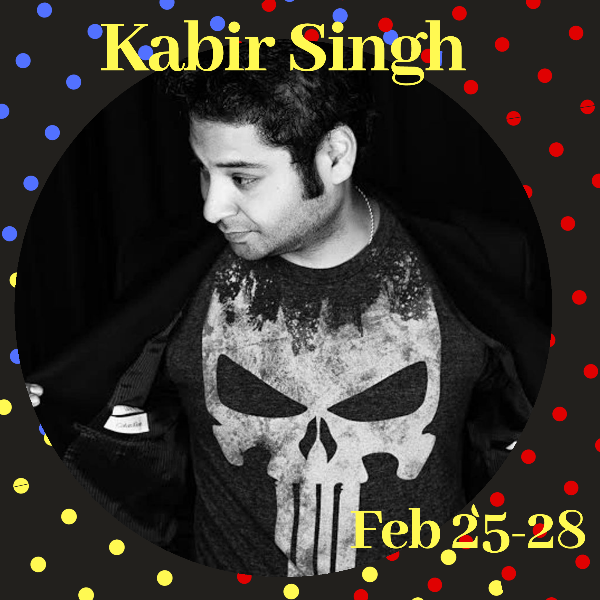 Born in 1984 in Portland, Oregon to stereotypical Indian parents, Kabir Singh realized at an early age that it wouldn’t be easy making friends at school. Luckily for Kabir, he soon became known as the funniest Indian kid in Oregon — not too difficult considering he was the only Indian kid in Oregon. When he was nine, his family moved to Bombay, India where he was bullied and teased for being American which taught him how to make people laugh in no less than three languages. At 13, Kabir moved back to the US to continue his education, graduating from San Jose State University. Kabir cleverly delivers his life experiences and the culture clashes of being an Indian in America and an American in India to the stage. He made his national television debut on the Starz Network in December 2013, and was featured on Comedy Central’s “Stand Up Revolution” in 2014.

Born in the border town of El Paso, Texas, a mostly Spanish speaking town due to its location and deep roots in the Mexican culture able to speak the native tongue of his “own people” Ric James had to learn fast that diversity’s unwanted racist head could be met and combated with comedy. He draws his humor in the fact that our differences no matter what race can be told in a humorous way Chappelle. Since the fall of 2009, Ric James has been hitting stages gathering material from all aspects of life and building his personal arsenal of jokes to unleash on audiences all over northern California as well as starting to tour the west coast in late 2011.