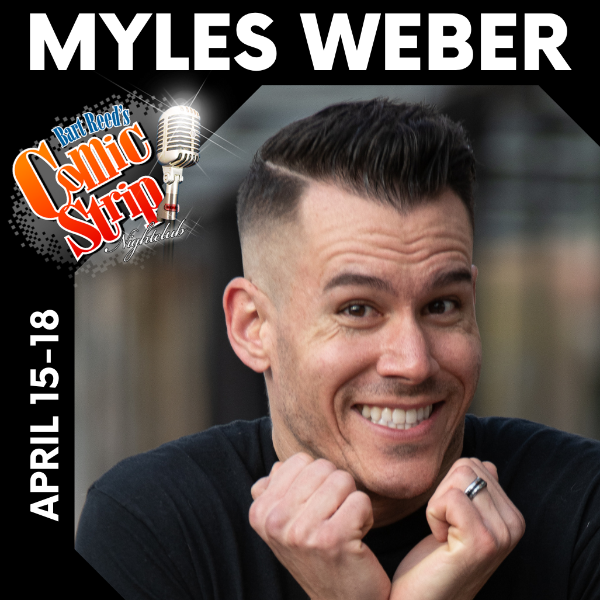 Myles Weber is a Comedian on the rise. He has a Special out on Dry Bar Comedy and has appeared on MTV’s Greatest Party Story Ever. He’s also found viral success online accumulating millions of views on his YouTube channel.

Weber was one of the youngest Comics to win the San Francisco International Comedy Competition. (Longest running comp in the U.S.) He's also faired well in festivals. Myles was voted "Best of The Fest" at the Burbank Comedy Festival, San Luis Obispo Comedy Festival (2x) and Big Pine Comedy Festival.

Blending together silly mannerisms, honest material, positive crowd interactions and story telling, Myles Weber is a Comedian you’ll want to see over and over again!

Chelsea Bearce got her comedy start in Los Angeles and quickly headed to New York, where she performed at over a dozen comedy clubs regularly, including Gotham Comedy Club, New York Comedy Club, Broadway Comedy Club, and Caroline’s, where she performed along-side Darrell Hammond. She also studied at Upright Citizens Brigade in both their sketch program and improv program. Her blend of observational comedy and self-deprecation combined with her comfortability with talking to the audience and making them comfortable enough to make fun of themselves making for a very enjoyable time. Chelsea has written multiple parodies as well, including Curvy (which went viral).