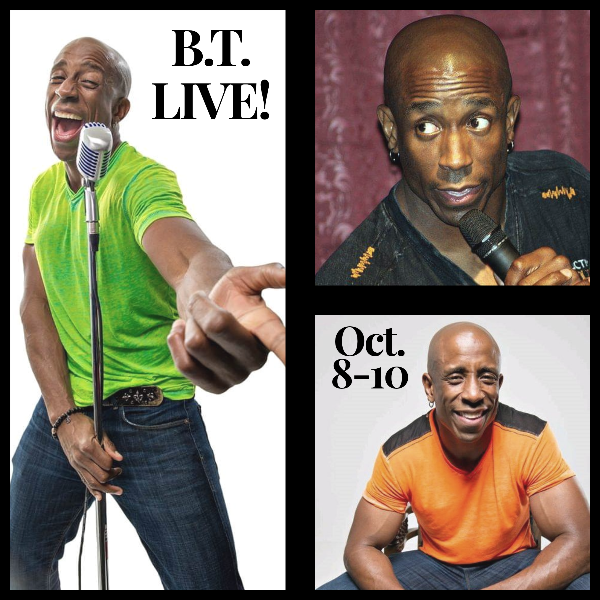 B.T. was born, raised and beaten in the Wonderful settings of Muskogee, Oklahoma. So yes, that's right he's an Okie from Muskogee. Once in college, that's where he first tried stand-up comedy and the rest is history. Knowing that life could only get better, B.T. left The University of Oklahoma with a degree and dreams of Show Business. After living in Chicago, Dallas and the backseat of his Nissan Sentra, B.T. finally settled down in the city of dreams, Los Angeles.Since the time this "Okie from Muskogee" left his home state, he has performed in over 43 states, 3 countries, and has been seen in numerous television shows from the Sci-Fi channels "Black Scorpion", to the critically acclaimed HBO movie "Suckers". In an act that crosses all boundaries, B.T. can be seen at any of the many comedy clubs around the country or in any of the different channels of entertainment ranging from commercials to movies. Catch this versatile entertainer as his star continues to rise.

Veteran and underground hero, Richard Reese - has been dishing out the laughs with the best of them for years. He’s accumulated much experience over that time - including being voted “Most Entertaining” at The MGM Grand in Las Vegas, and winning the Great American Comedy Festival in 2008. Followed by those escapades were the release of two comedy specials entitled “Smoke, Jokes & Lasers (2013)” and “Always Laugh Forever Before You Die Yesterday (2015).” In 2016 his album Jetpack Tuxedo arrived on digital platforms to pleasing reviews. As a tenacious agent of humor, Mr. Reese brings an original and unpredictable approach to his show. Creatively witty and intelligently silly, this comedian/filmmaker continues to delight audiences near and far.